Long ago–late March of 2007 or thereabouts–I made three photocopies of the pages of a text-and-image journal I had been keeping since late December of 2006. I spiral-bound the whole ungainly messes with the title page SOUL. I gave two of the copies to my good and encouraging friends Katie Meade (now Katie Wood) and Karen Wilkinson (now, tragically, deceased).

My soul has changed, not only with five job changes, six changes of residence, a divorce, and two other breakups, but with altered physicality, involvement in the Valley poetry scene, and meeting and making friends with over a hundred people. And a huge way my soul has changed is with the loving toil I have put into this blog. It more than anything else I have done documents my life in terms of expression. 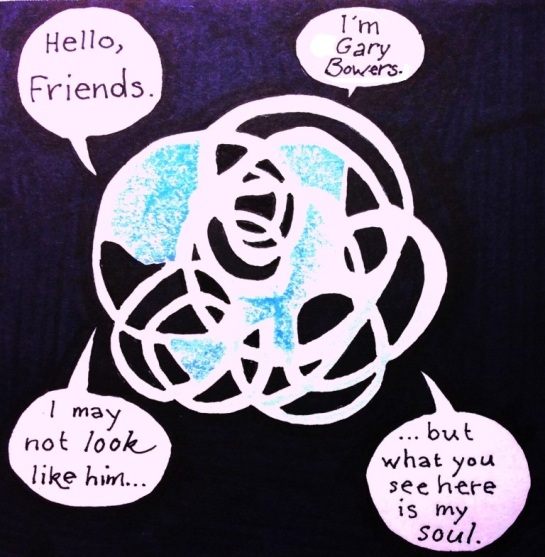 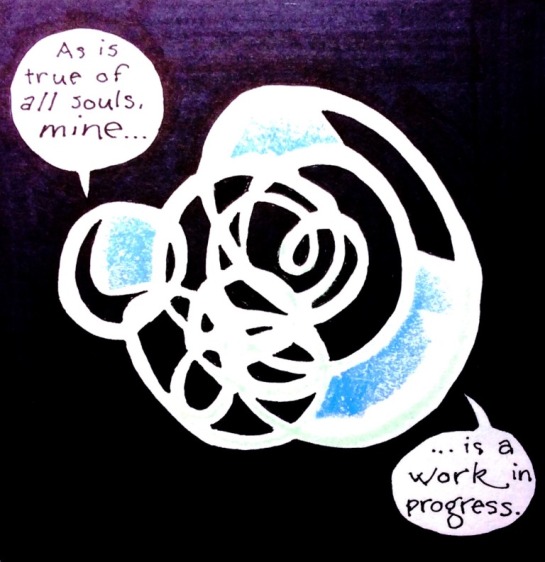 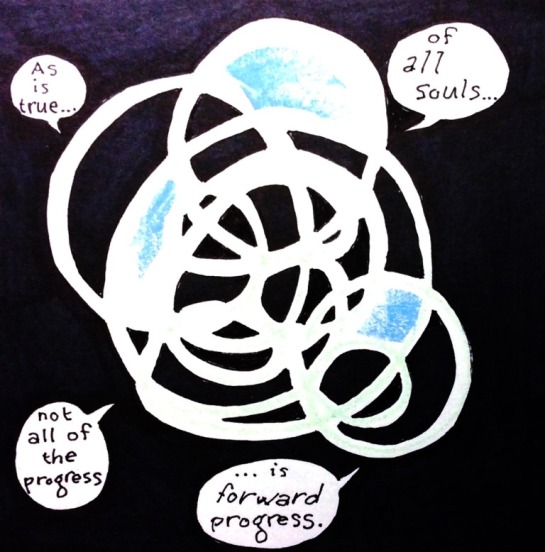 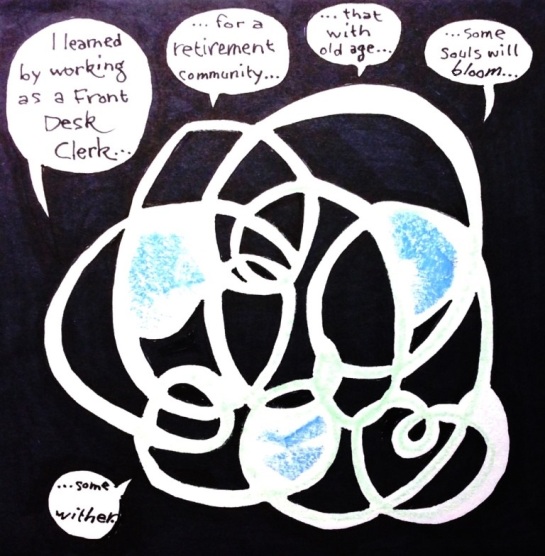 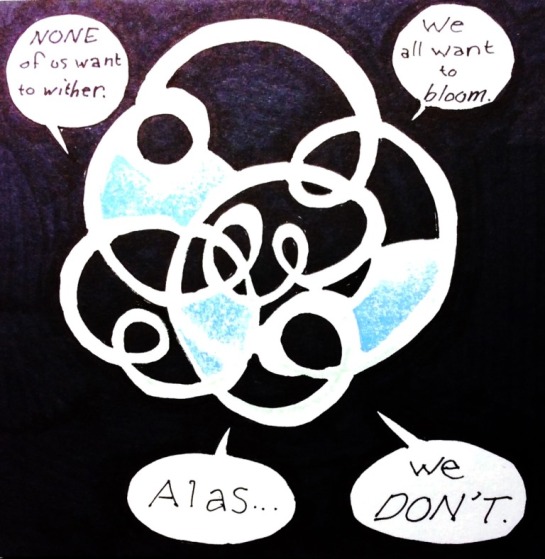 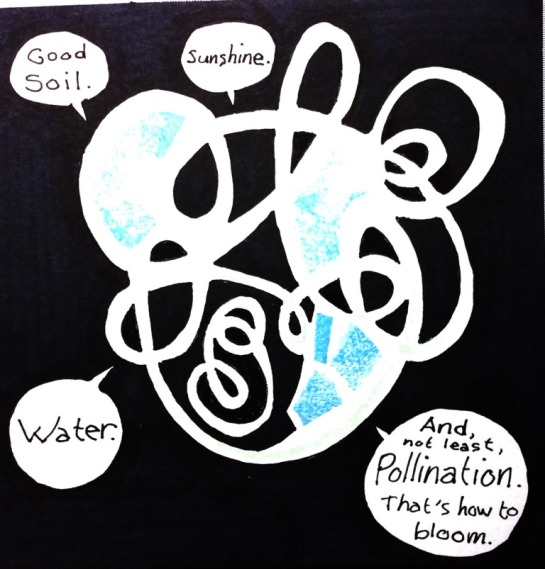 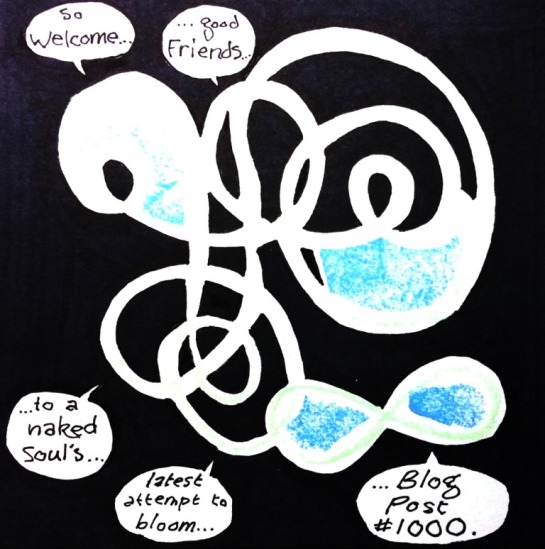 Most of my posts are a combination of image and text, usually of a poem and drawing all in pencil. The reason I called the blog “One with Clay, Image and Text” is that I had intended to showcase my ceramic works along with my poetry and drawings. I regret that my clay work has been put on indefinite hold due to my equipment being garaged due to all my bouncing around, residence-wise. I hope mightily to get back into ceramics soon. Here is an example of what I had been doing with Raku way back when: 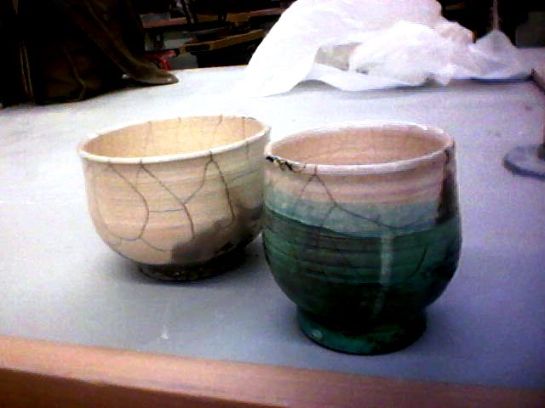 Of my images, this is the one that has been seen the most, due to Roger Ebert’s showcasing it in one of his tweets a couple of months before he died: 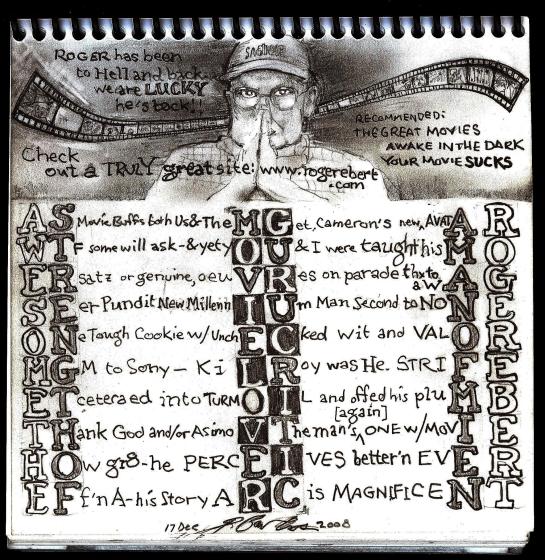 These two studies of Frank Zappa, subject of the documentary EAT THAT QUESTION: FRANK ZAPPA IN HIS OWN WORDS, are the two latest things I have done, though that will probably not be true before this post is over. These were done today while I was watching the documentary. I freeze-framed the video twice to draw these. 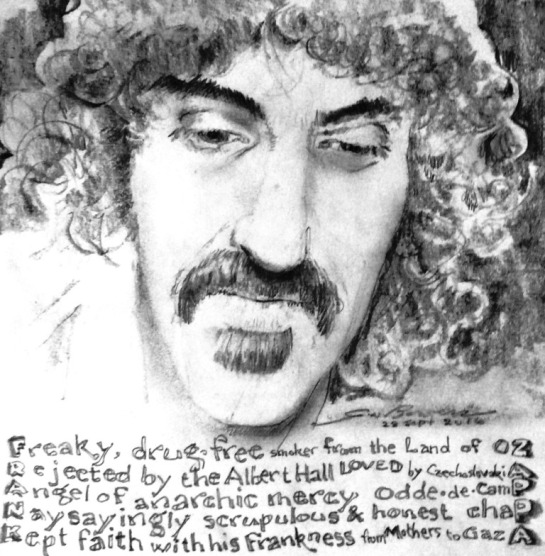 This first one included a double-acrostic, “FRANK ZAPPA,” bookending the poem, in which I tried to synopsize his two striking qualities, Oddness and Honesty. 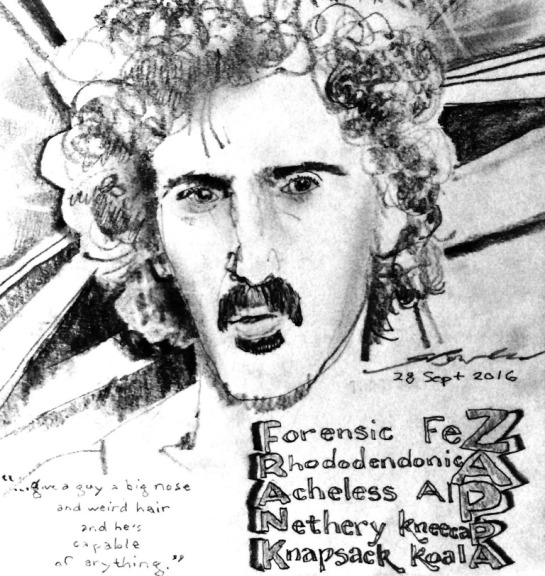 In this second one I tried to pay tribute to Zappa’s wonderfully off-the-wall song titles by imagining a few that might fit music of his I have heard. The quotation, ” . . . give a guy a big nose and weird hair and he’s capable of anything,” WAS said by Zappa, but it is out of context: he was imagining what people were thinking after seeing him.

Ceramics, an image done almost eight years ago, and two done today–that’s a rather ramshackle Overview, but one which I hope gives a clue to how my soul has changed and how it has remained the same.

The subtitle of my blog is “A blog for the aggrandizement of Gary W. Bowers.” I am sorry to report that there is much truth to that. I have for the most part accentuated the positive and left out things I’m not proud of. I hope I haven’t been out-and-out deceitful, but some of the more embarrassing and shameful aspects of my soul, such as my incessant argumentativeness and pettiness, have not been showcased in this blog. I am flawed.

Comedy and Tragedy with Real-Time Update

I just took a break from posting to finish a page I’d been working on. It includes two poems I wrote the same day. I wrote “dole,” the first one, because I was discouraged and disillusioned by the shallowness I felt I was bringing to the poetry table at the time. I was feeling like a hack. After I wrote it I realized my real agenda in writing it was cathartic: being depressed, I was trying to express my way out of the depression. This made me think of Robin Williams, and James Lipton’s comparison of Williams to Pagliacci in an interview after Williams’s tragic death. How does one cheer Pagliacci up? Well, if you’re from Glendale, Arizona, you become Fuzziwuzzy the hairless bear and sit next to Pagliacci on a park bench, and then pretend you’re in the campfire scene in BLAZING SADDLES. 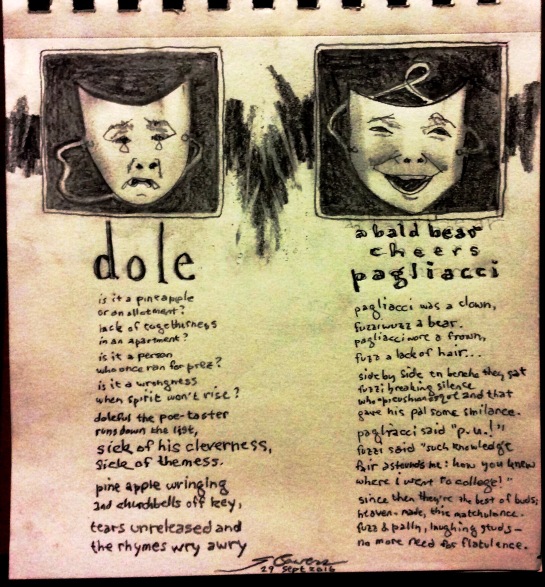 is it a pineapple
or an allotment?

lack of togetherness
in an apartment?

is it a person
who once ran for prez?

is it a wrongness
when spirit won’t rise?

sick of his cleverness,
sick of the mess.

pineapple wringing
and churchbells off key,

pagliacci was a clown,
fuzziwuzz a bear.
pagliacci wore a frown,
fuzz a lack of hair.

side by side en benche they sat,
fuzzi breaking silence
whoopicushionesque and that
gave his pal some smilance.

pagliacci said, “p. u.!”
fuzzi said, “such knowledge
fair astounds me: how you knew
where I went to college!”

since then they’re the best of buds.
heaven-made, this matchulance.
fuzz and pally, laughing studs–
no more need for flatulence.

Friends, it’s almost 1 AM. I now realize that to go further will not reveal much more of my soul that cannot be found in previous posts, which I fervently hope you’ll peruse, and I must be straining your attention span by now, if I haven’t already. More to the point, my soul is now at peace, and wishes to sleep. Thank you for sharing this one-in-a-thousand experience with me. I close with my beaming face. 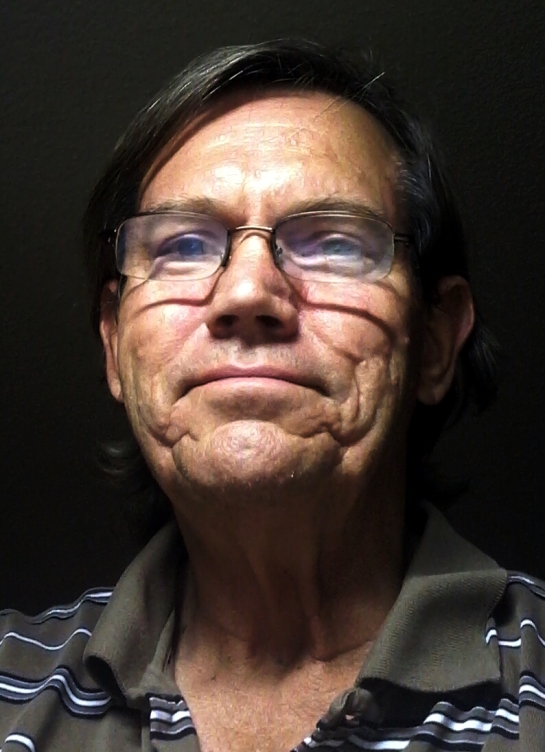