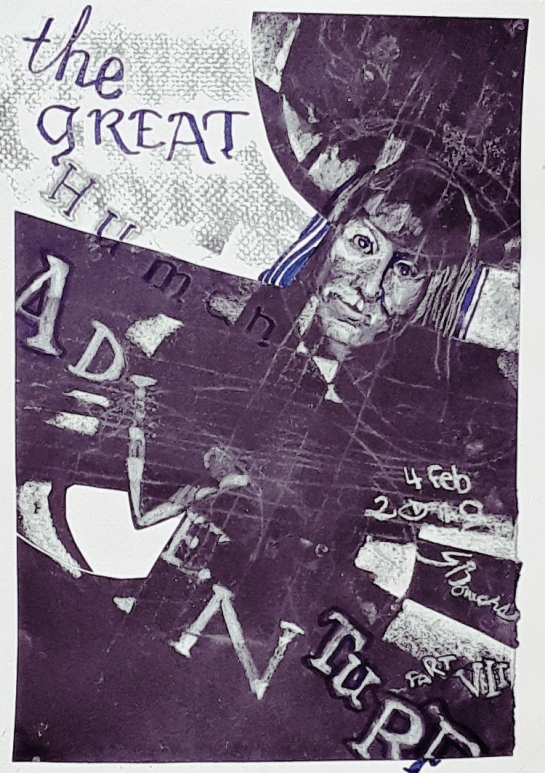 Here is a companion piece to “The Great Human Adventure, Part VIII.” I think the two will work as a diptych, but we’ll see.

Before I started working on Part VIII I chalked up the back of the paper it is on and placed a piece of black paper behind it and at an angle. Then I drew with a hard-pointed mechanical pencil with sufficient force to impress the line drawing onto the black paper. I’d originally intended to glue a lot of cutouts from the black paper onto the White, but I found that just three were enough.

After I finished and posted Part VIII, I was taken by how completely different the chalk line drawing proved to be, despite being–literally–the same drawing. It was like the second drawing was a whispered rumor of the first.